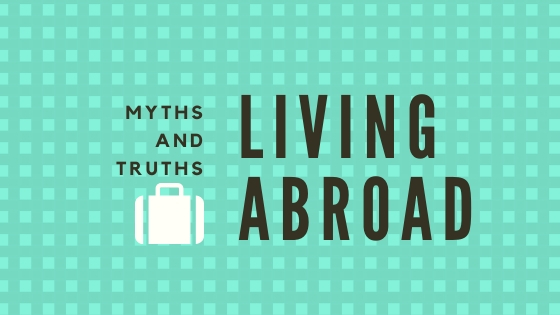 Here are some myths and truths about the places I have lived: Canada and Czechia/Eastern Europe.

-Eastern Europeans are not friendly

Eastern Europeans have the reputation that they aren’t friendly due to the fact that they don’t smile and have random conversations with strangers in the street. But in fact, they are one of the most friendliest group of people. I have very lovely Czech friends that have made such great efforts to include me when I was living abroad. I have made a variety of local friends throughout the Balkans that went out of their way to show me around and made sure I had a pleasant experience in their country.

-There is limited diversity in Eastern Europe

My Western European friends would like to say it is from the countries that were under Communism. Perhaps, though I have experienced a limited diversity in the West too. But there were many a day in Prague that I was the only non-White/European person on the tram or in a grocery store.

This has led to self-segregation by any race. To stay with those that they are familiar with. Very rarely do I see a mix of friends or a mixed race couple in Czech Republic. One day, a group of school children boarded the tram. There was about 20 of them- 19 had blonde hair with blue eyes. Then I saw one little black girl. One.

I remembered my own childhood and recalled that there was only one or two blonde children and maybe a quarter to half were white.

In truth, it didn’t bother me. It makes sense that people tend to group together with who they feel a familiarity with. Humans have always done this from cavemen days.

What bothers me is when I am pointed out as the only one (because is that necessary?) or when Western Europeans or North Americans make fun of Eastern Europe. It is one of those things- don’t throw stones when you live in a glass house.

I have had a hard time making friends with Quebec locals. Part of it is the language, but the other part is they don’t really have much in common with me. This isn’t my native homeland nor language. They can’t really relate.

Plus, Quebec tend to have friends from school or family friends- they aren’t looking to expand their social circle. It isn’t a necessity for them as it is us expats.

-There is no perfect healthcare system

I have experienced 3 healthcare systems: Canada, USA, and Czech Republic.

Let me burst the bubble in Canada- no, they do not have a great healthcare system. To get anything done you still need to go the private route.

USA- yes you need to have insurance, but please see my point of Canada- you pay higher taxes plus still need private insurance. So there really is no difference unless you want to wait months to get news of a potential appointment.

Czech Republic- it is very similar to Canada- it is a public system. However, I found I didn’t need to wait as long for an appointment or in the waiting room for my exam/to see the doctor. Nevertheless, still had to wait longer than the USA.

-Apparently all Americans are blonde and blue eyed

I didn’t learn this…since I already knew this since I was born. But, what I did learn was that many people outside North America think we are all blondes.

I heard so many times: “You don’t look American.”

“Yes, but we are founded on immigrants from all over the world.” I retort.

“Yes! The biggest melting pot!” They would say with such glee.

Made me face palm. Then why the F would you think we are all blonde?

If anything- I represent America the best per my DNA test. There is never an easy answer for:

“Where are you from?” (This never means the country I call home. When it comes to me- it means they are only looking at me skin deep).

“No, really.” (When I tell them the country I call home- they are still looking for why I look different than them).

“No, where are your parents from?” (Trying to determine why I look different through parents).

“Where are your ancestors from?” (Trying to determine why I look different through parents).

“Why don’t you look white?” Ok that isn’t a question- but they basically should just ask that since that is really what they want to know.

I have also received:

“How do you identify?”

These are at least more straightforward questions to their curiosity.

One friend of mine in Europe said, for her, she asks because in Europe people aren’t so mixed as they are in North America and she finds it fascinating the history of individuals.

I understand her point, but usually these questions come in the very beginning of meeting the person and just because I have a great great great grandparent from Scotland, doesn’t mean I have any cultural heritage from them. That’s a lot of generations that did not live in Scotland nor have visited. (It still is on my list of countries to go to!)

There is a difference between traveling/visiting and traveling/living. I am so glad I have the opportunity to have living abroad, lived in different places different than the country I call home. I have learned a lot and I hope I can continue to learn about other cultures and lifestyles.