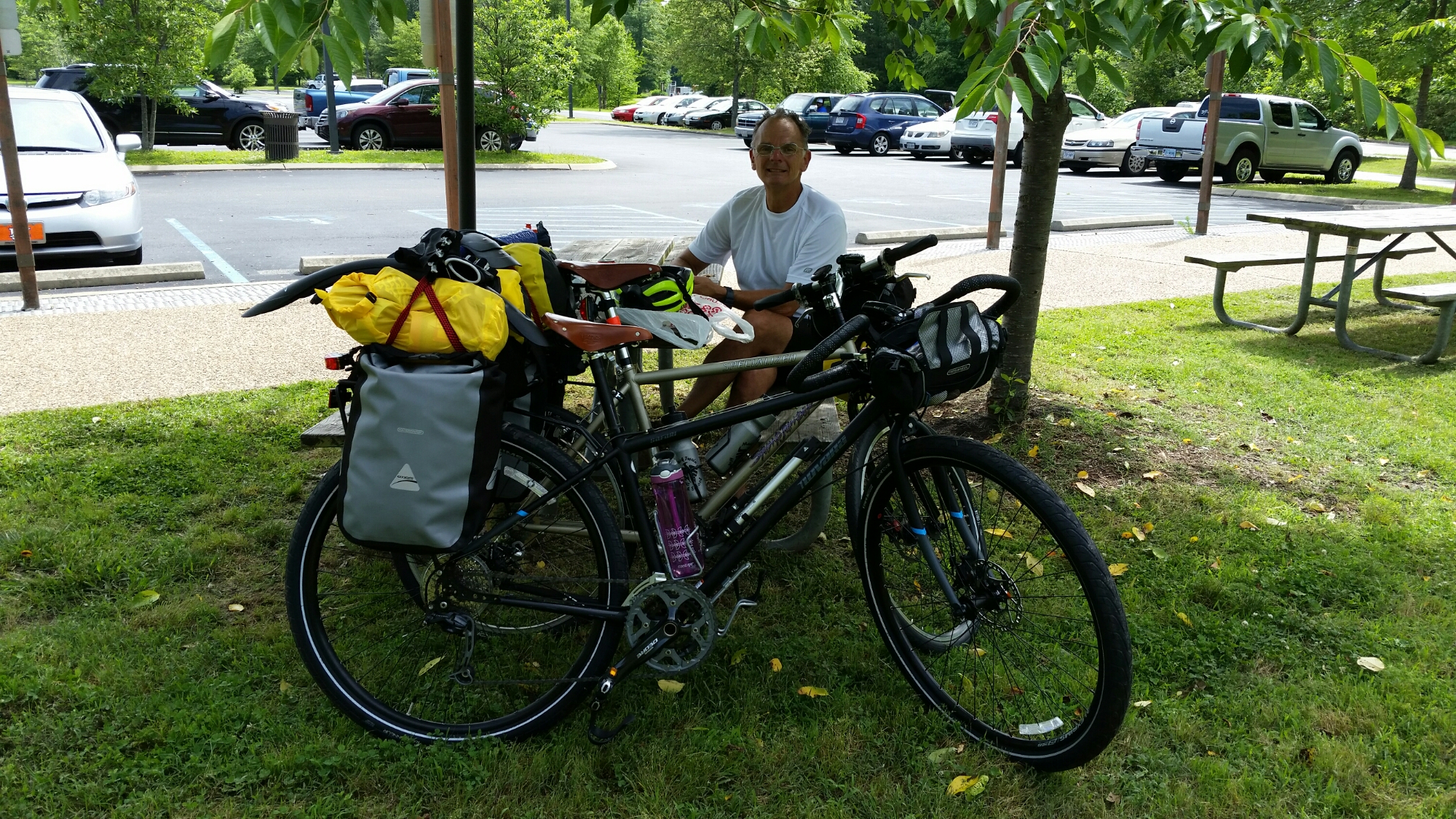 Dad and I haven’t had the best luck with the directions as we got lost several times and had to back track. On the upside, we got to see more of the area! Once we got on the main path it was simple.

We rode through Jamestown settlement (Pochantas). And on the way met up with a group biking the route to San Francisco  (instead of our goal of Oregon) through a charity for MS. We crossed paths multiple times. Unlike us, they have support vehicles and don’t have to carry their gear.

They are very friendly people. We passed through several Civil War sites such as the Seven Day campaign.

We are staying at the Willis United Methodist Church, which loves hosting bikers. One man said they already had about 99 bikers come through and it’s the beginning of the season! We were fortunate to come with the MS people as the church cooked dinner for everyone since it was a huge group. Some pitched a tent outside while others slept inside the church in sleeping bags.

The church also has a shower and provides towels- they are awesome!

Several of the MS riders are recent college grads filling the time. Others are retired. Many have no prior biking experience like us, which is comforting.

Besides the minor hills, getting lost, and the occasional bike problem such as having on of the straps get caught in my gears- that was lovely, the day was beautiful. Lovely route with no cars and plenty of shade to hide from the sun. Colonial parkway and capitol trail are awesome!

Reached Ashland, Virginia today. We are staying at a campground- free showers, pool, and wifi. Only 35 miles, but we didn’t want to over do it right off the bat.

It is also difficult as there are few things on this route for accommodations and food. So you have to plan to stop somewhere or you’ll be biking another 40 miles till the next area.

Unlike yesterday, we didn’t cross paths with the MS bikers, but we might in the future. We were fortunate yesterday to have bike only routes with no cars. Today we were on small highways with limited cars, but equally nerve racking. However, people in Virginia are super courteous to bikers! They give plenty of space to not overwhelm us.

Beautiful day as well, hoping to avoid any rain!! But with all this sun comes a lot of burn….

The map we follow is set up as boxed sections and every time we enter a new section we celebrate. This whole route across is 150 boxes. We are in box 147.

4 thoughts on “The biking starts”