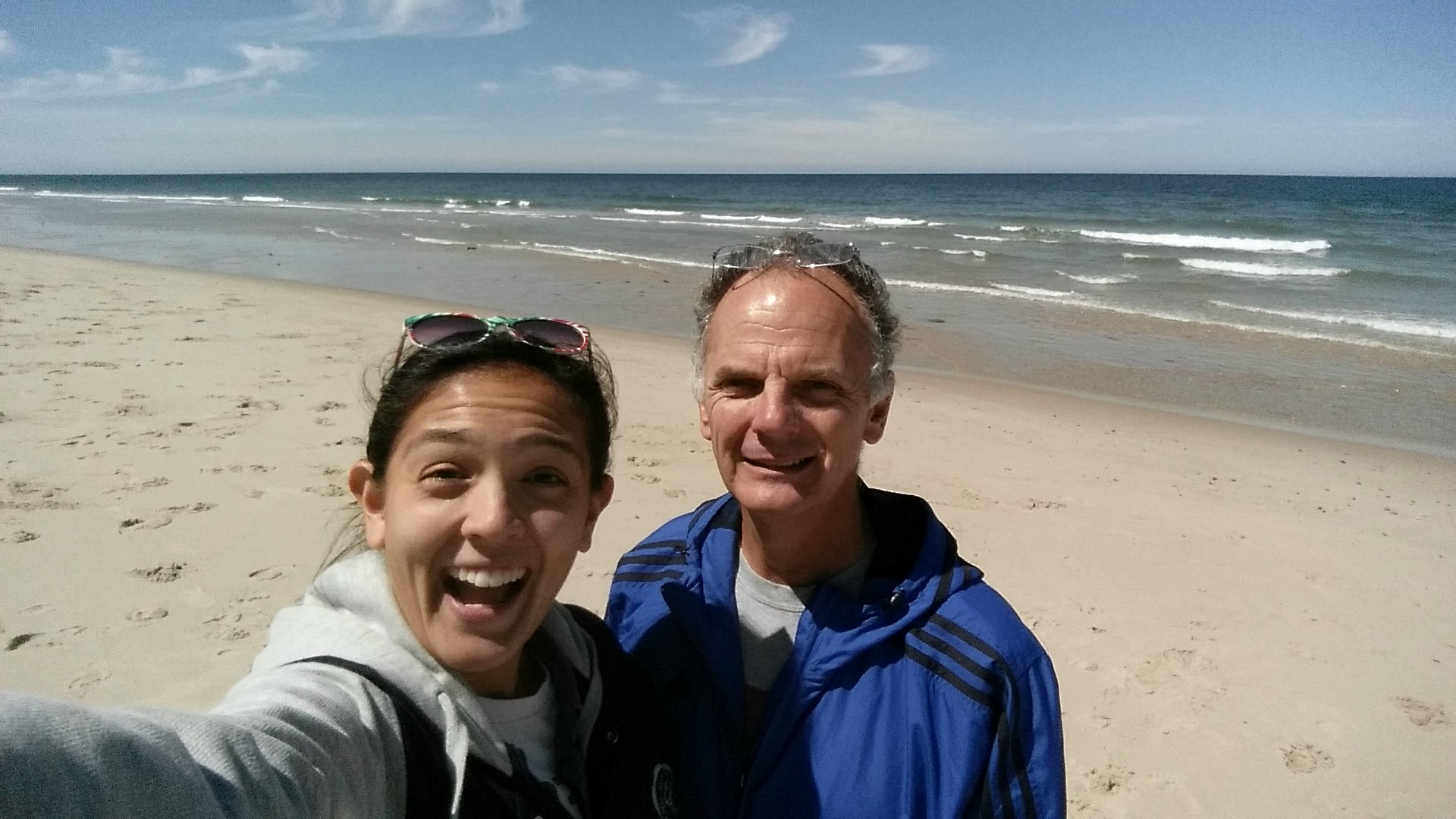 I am three days from walking across a stage and receiving my college diploma. It is amazing how fast four years have flown. And further still, how fast time has flown since my gap year. But this blog isn’t to talk about my college experience, but the start of a new adventure…another gap year.

In two weeks, my father, who I shall refer to in this blog simply as Dad (featured in the above picture), and I will begin our adventure across the United States. From coast to coast- Virginia to Oregon- we will be biking, that’s right, biking. No motors, just our own power pushing us through. It will take about three months, encompassing about 4,200 miles (about 100 miles day with time to stop and smell the roses).

To start, we are not bike people. As a matter of fact, I can (embarrassingly enough) count the number of times I’ve ridden a bike in recent history…say the last 7 years….on one hand. Though, I am a runner, so that counts for something…right? Dad has ridden a lot more than me, but he still does not consider himself a biker. He is quite a successful athlete though- accomplishing several marathons and triathlons.

It has been a recent dream of Dad’s for several months now. I listened to him with one ear, honestly, until I had to make an important decision about my future…finding a job. This is when Dad suggested, half jokingly, that I join him on this crazy ride. I thought about it for several days and thought- why not? When was the next time I had a chance to do something like this? So I decided- put off the “real world” for as long as possible.

I got my bike middle of April 2016- a Safari Novara from REI. I nicknamed it Ramy since it looks like a ram. I have since done some “long” rides – at least longer than all the other rides I have done, which my Garmin watch that I use for running is quite confused about.

Several weeks later, I received a new saddle, and for those who are not familiar with bike terminology (I wasn’t either till several weeks ago), a saddle is the seat, from the company Brooks (not pictured above). I also received two two gallon panniers for the rack on the back of my bike (also not pictured). The bike itself weighs about 30 pounds so I can only imagine how heavy it will be with everything! Stay tuned for following posts on what I am packing/bringing, which won’t be much!

Many people ask where we will be staying during this trip. Well, we are bringing camping gear and depending on how we feel/the weather, we are open to staying at motels/hotels along the way.

I say Adventure (#1) because after this bike trip, I plan on heading to Eastern Europe to travel and visit some friends there in the Fall while Dad is following his own plans. Stay tuned for Adventure (#2) posting in about September. I am still working on the exact details, but Hungary and Croatia are definitely on the list!