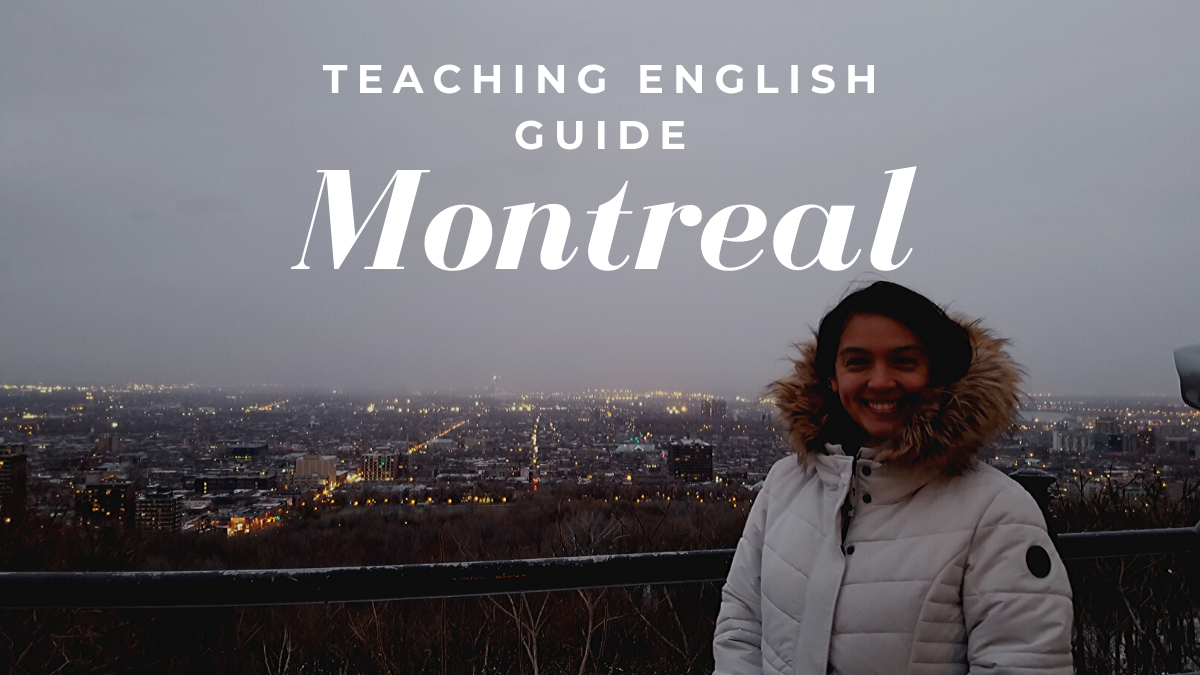 I have had the privilege of teaching in Europe (Prague) and now teaching english in Montreal. I originally got Teaching English as a Foreign Language (TEFL) when I was living in Prague and wasn’t sure if I could teach in Canada since one of Canada’s official languages is English. French is the other.

When I moved to Montreal, I was looking for marketing jobs, my full profession, when I thought might as well see if there are teaching positions available.

I managed to find my school as well as a variety of online schools where i focused on teaching english in Montreal.

My Situation of Teaching English in Montreal

I work with Kodojo, which is like an after school program Wednesday nights and weekends. I teach the kids English for an hour and half once a week.

The kids come from all over. For the most part they are born in Canada, but their parents are not from Canada.

The majority first language at home for the students is French, but like other language schools, they prefer you to not speak French as the kids will be forced to speak English. Which is the point, to learn English.

In my experience as a language learner (I have learned Spanish and, as of writing, improving my French), when the teacher spoke to me in English or translated, I got lazy. I didn’t work in that language. Therefore, it was a longer peocess to learn.

I really got fluent in Spanish when I was fully immersed in Spanish and I went days without anyone speaking English to me.

The second common language at home is Arabic and then Chinese then Spanish.

There are other languages (like Russian), but those are the top spoken at home.

For the French speakers, they are either from old French colonies like in Africa or from France. Rarely do I have students who have ancestors that have lived in Quebec a long time.

As I mentioned, there are a few options to teach English and live in Montreal:

Like anywhere else, Teaching Online is usually related to teaching students that live in China. There are plenty of schools that do this.

The hours are convenient to the student so be aware it could be very late or early classes.

Teaching Adults is similar to what I did in Prague where I had to travel around the city and go to different office spaces to teach employees.

I looked into this, but I don’t have a car in Montreal and doing everything by metro would have been a very long commute.

The last option is a bit complicated to explain.

CGEP is like community college or a middle way before university and after high school. Quebec students graduate high school at 16 and have the choice to work, go to trade school, or university. But, if they go to university they need to go to CGEP for two years.

Apparently, this is to help with high school and university graduation rates. I don’t know if this helped or not.

In CGEP, they take those general courses normally taken the first year or two ar university.

Since these are trained professional professors, they require assistants especially native speakers.

This applies to any language not just English.

The job requires to sit in an office and have office hours to help students with homework or questions of the language.

Unlike the other options, this is the most flexible with your schedule; however it is more geared for people do it just for a year. Though I know someone who has done it for consecutive years, but it is rare.

There are probably more oportunities to teach English in Quebec and more northern places in Quebec, but this is the information I have come across in Montreal.

It is possible to teach English in Montreal and in Canada with a TEFL of TESOL.

Like anything, be aware that classroom culture and student culture is different based on country and language. I found my Prague students more obedient and willing to learn than my Quebecois students, which I find interesting because English is not an official language in Czech and it is in Canada.

But Czechs have seen the usefulness of it on an international scale and the French speakers just really like French.