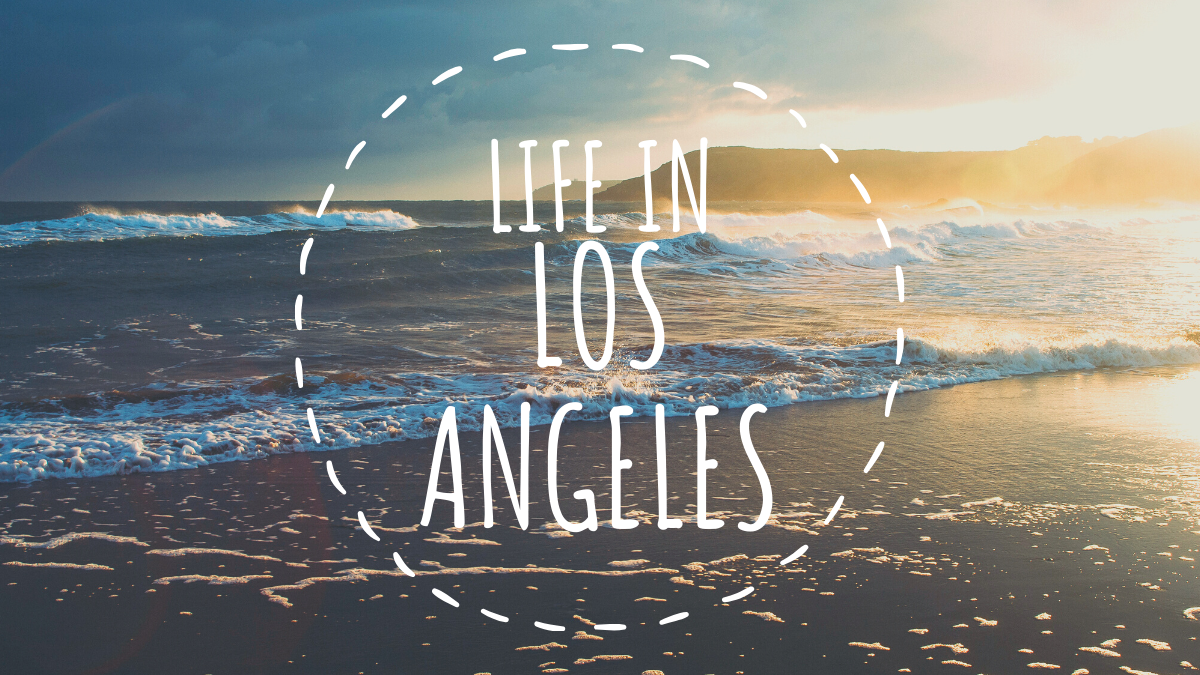 This guest posting is about Life in Los Angeles and was given by Sharleen Shayan. Which is perfect because it fits nicely with my posting about San Diego!

I have made some edits to the original document (including some facts here and there), but the majority is written in Sharleen’s voice! You will see my comments via “side note.”

A side note: Most often, people who don’t live in California tend to think life in California is pretty great. And as someone who also grew up there like Sharleen, it was a spoiled childhood with all the sunshine and things to do, but it isn’t all what you see in Hollywood movies. Even Hollywood doesn’t show the truth of it and it is in California!

So many people think coming to Los Angeles is amazing because of the oceans and beaches. Well, the water here is pretty nasty. Not clear at all, freezing cold, and just dirty. Although, I am not going to lie, when the weather is hot, the beaches are amazing to just relax and read, or listen to the ocean, and have an amazing time with friends and have a picnic! There are some cities within Los Angeles that have cleaner water, but it’s still not the best – I have traveled and I think if you want a vacation with amazing waters, go to Greece!

A side note: I would also say, travel around the Philippines as well!

People travel from all over the world to come to Los Angeles to become models or actors. All those people do not understand that there is so much work behind it and that there is a 80% chance you won’t make it – some of my friends that are born and raised in Los Angeles do extra work and explain to me how difficult life in Los Angeles is to get in the industry. It’s more of knowing the right people to get in.

In addition, people think coming to Los Angeles and life in Los Angeles means you get to be friends with celebrities – well, you can. Again, it’s all about knowing the right people and having connections! I have eaten at restaurants and met probably your favorite actor/actress. But, if you come to Los Angeles blind, with no friends or anything, it will be tough to do anything! Making friends, getting acting careers, all that jazz.

A side note: I also know a few people who have tried to make it in Hollywood and didn’t succeed. In fact, one man built his own successful catering company and now caters for celebrities when they host lavish parties at their homes. So, he did become successful, just not on the big screen.

Okay, the weather is pretty awesome here. It’s mostly hot and sunny, but we also do have those rainy days/months. Oh, and speaking of weather, people/life in Los Angeles can’t drive in the rain! They drive super slow, brake late, and just cause a whole lot of chaos, it’s why I try to stay home as much as I can when the weather is rainy in Los Angeles. Other than that, the weather is beautiful, a lot of beach/pool days. So, I guess feel free to come for some amazing weather, but in the summer, it does get really hot! So, come in like, March or April. Other than that, it will be the high 90’s or 100’s.

A side note: The shoulder months of summer are really the best time to go. Less tourists as well meaning less traffic. Sharleen mentions she tries staying at home as much as possible, but even on hot days most Californians stay home to soak up the air conditioning. Did you know, most of the Californian population was formed after AC was invented?

A second side note: As someone who has also lived in Boston with humidity, California heat is DRY. Yes, there is a difference. With humidity, no matter where you go, you will feel gross and confined. In dry heat, just head to a shaded area and you will feel instantly cooler.

Because life in Los Angeles is so multicultural, I think I can say we have some amazing food! The best is to find the hole in the walls – the mom and pop shops! They’re the best! So delicious and amazing. I think we can do better on Chinese food, but other than that, we have so much variety on American food, Mexican food, and others! It’s so delicious and great. If you’re coming for vacation, expect to get some pounds added on you!

A side JOKE: Of course if you come in the summer, those pounds will sweat off!

I hope this post has helped you understand life in Los Angeles a little more! If there are any questions, whether it’s about an event, a restaurant, or anything! Feel free to reach out to me! I am here to help 🙂

The next section is written by me, My Open Passport!

One important thing to note about life in Los Angeles is that it is a HUGE city. In fact, it is many cities built into one. Some people say they are from Los Angeles, but they are actually from a “suburb.” Not downtown. Also, due to how expensive housing is, the average person works outside and has to commute in about an hour or two one way. The majority of people live inland, which makes going to the beach not as easy as you think. Only the rich and celebrities live right on the waterfront. In regards to driving anywhere else, Las Vegas is about a 4 to 5 hour drive away, San Diego is about 2, and San Francisco is about 6 to 8 hours. Just remember, California is big!

Be sure to connect with me on social media or sign up for my monthly newsletter!