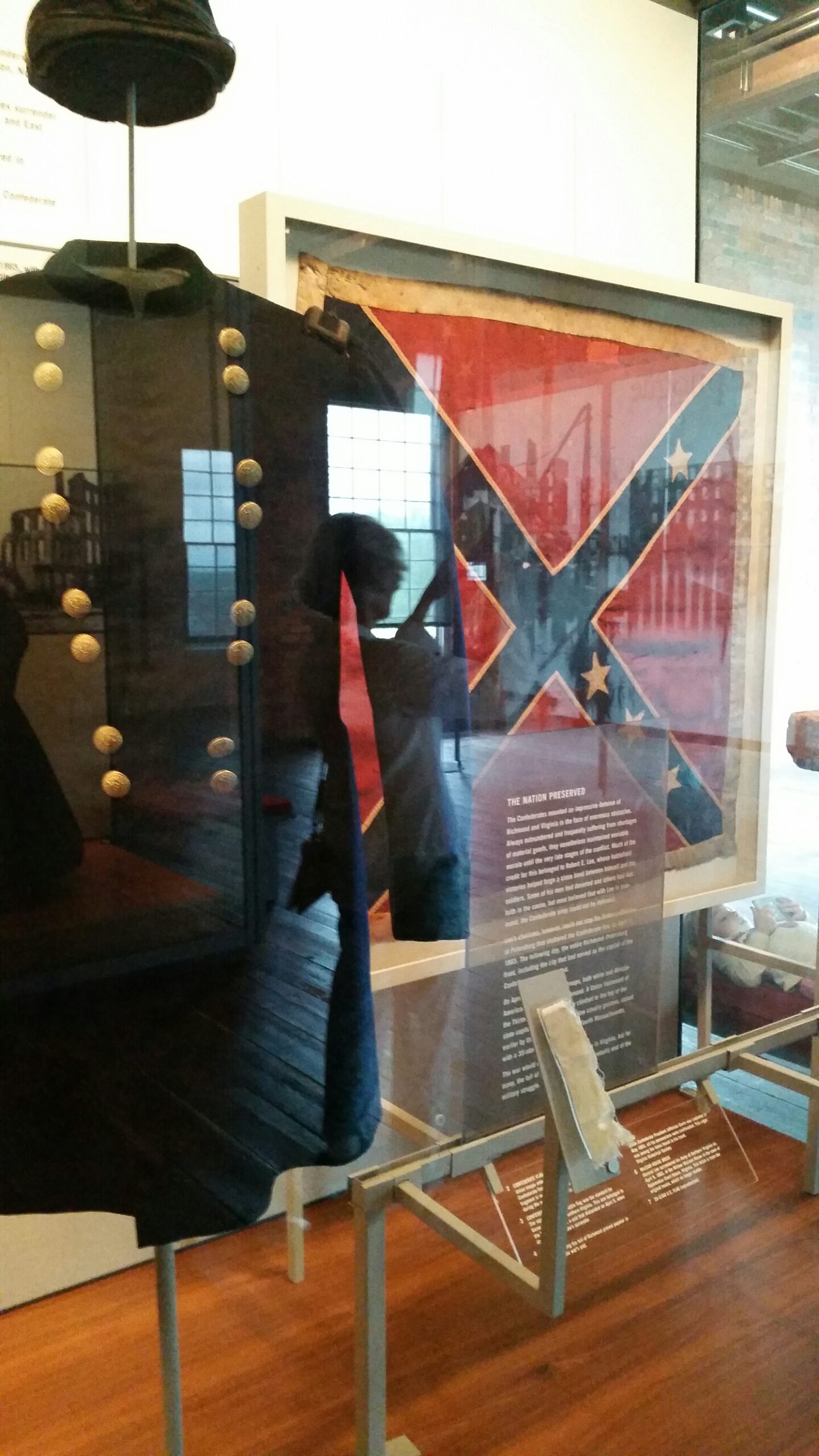 Well, we are in Virginia! We stopped a few days in Richmond to gather any last minute things/send things home for the bike trip.

While in Richmond, we did some Civil War sightseeing. For a school project, I researched the war and Richmond and have accrued an interest in seeing the actual place(s).

We bought a three museum pass, which included the White House of the Confederacy, the museum next door, and the Historic Tredgar museum near the river (by the National Park Civil War visitor center). It costs 18 dollars each person unless you are student or military.

Stopping first at the White House of the Confederacy museum. We were able to see the house where Confederate President Jefferson Davis lived with his family during the time. His family has a sad history as most of his children didn’t live to see adulthood. It was cool to learn more about Davis as he was quite famous in his day! (Not allowed to take photos in the house).

The museum next door has the time line of the war with artifacts such as General Robert E. Lee’s hat!!! They had another exhibit on all the different Confederate flags and artifacts from the reconstruction period  (after the war).

The Historic Tredgar museum has the time line of the war, but also has the perspectives from three sides: the Union, the Confederates, and the slaves.

The visitor center next door has information on the war along with infomation on the iron works that were there since before the war. Most of the Confederate cannons were made here. It also had interesting photos of what Richmond looked like after the war since it was partially burned by the Confederates to prevent the Union from using anything.

We also toured the state capitol building. The main section was designed by Thomas Jefferson. They since added two wings, but everything has stayed original. We took a free hour and a half tour of the original section. The entrance is in the basement where they also have two exhibits, at the time, one of Winston Churchill’s visit to Richmond and the other of Jefferson’s building.

In the building, there is a marble statue of George Washington. The only art piece of him done from real life. The artist was permitted to make a mold of his face so the face in the statue is a true likeness of Washington!

Richmond was a beautiful place. I enjoyed my time there and would like to visit again.