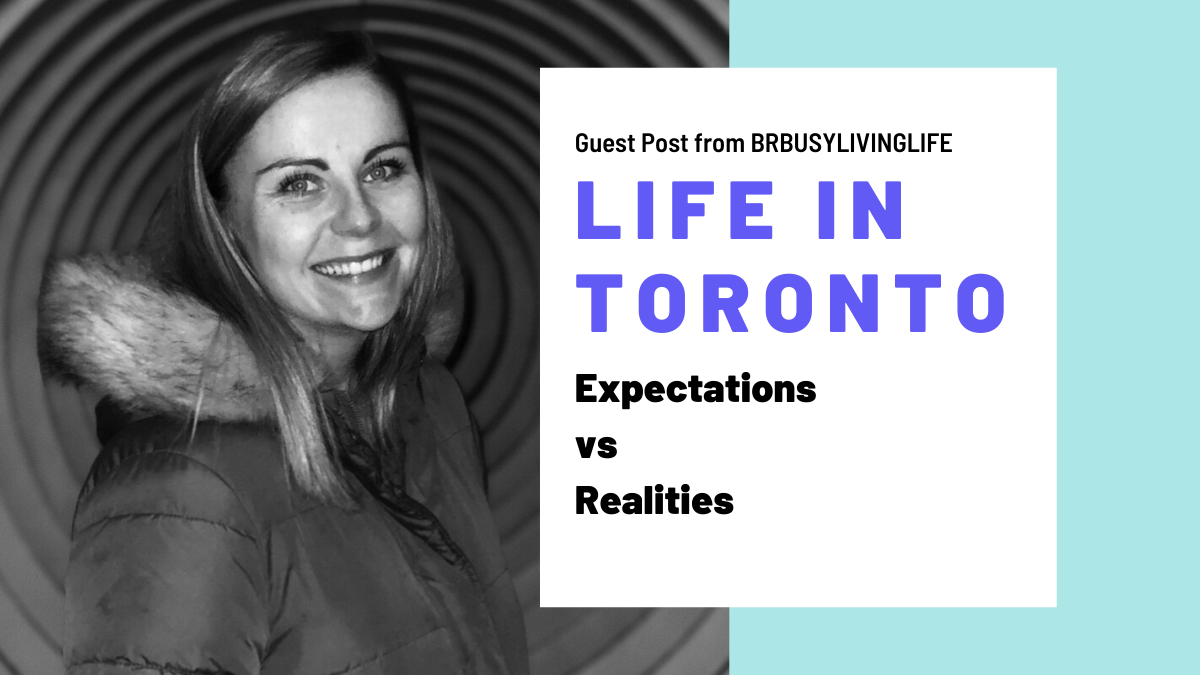 When most people think of life in Toronto, Canada they think of three things: winter, winter and more winter. This is not only super depressing, but it also fails to mention the many things that make life in Toronto such a great place to be.

As an Aussie expat who has called Toronto home since August 2017, I couldn’t vouch for the city more. Ever since landing in Toronto, I have been welcomed with open arms (and lots and lots of poutine and caesers!).

My expectations in regards to what the city has to offer are consistently blown out of the water. There is just so much to see and do in The6ix (as it is affectionally known by Toronto folk).

For those of you that are thinking of visiting or even moving to Toronto in the future, I have listed the main AMAZING realities about life in Toronto that are often totally different to people’s expectations!

Yes, life in Toronto is extremely cold, but this isn’t always the case! Contrary to popular belief, Toronto is actually quite hot in summer. In the depths of winter, Toronto can get to minus 20 (minus 30 with the windchill) but in comparison it also gets to mid to high 30’s in summer.

Now don’t get me wrong, I’m not saying that I enjoy the extreme cold because it can be tough but, knowing that an eventual summer will come, makes it easier to stick it out through winter.

Also as an Australian, Canadian winters are still somewhat of a novelty to me as we do not get anything even slightly similar to a Canadian winter in Oz. Prior to my life in Toronto, I never seen snow or experienced a “real” winter so I for one try to make the most of Canadian winters. When I hear my family and friends in Australia complaining about a 15-degree day in Australia being cold, I literally just laugh!

Expectation: There’s nothing to do in winter in Toronto.

One of the things that I love most about life in Toronto is how much there is to do to stay entertained in the winter. Even though the temperature can be super low, Toronto always turns on the heat with great winter events throughout the city.

As an Aussie, I particularly love the winter activities as we don’t have anything like them in Australia. I have always grown up watching TV shows with people playing in the snow and enjoying winter, but until 2017 I had never experienced it for myself. The snow (although sometimes annoying and hard to commute in) really is so pretty! I am sort of embarrassed to admit that I cried happy tears watching my first Toronto snowfall; I was just so excited!

My favorite winter activities include the annual ice sculpting competition in Toronto’s Yorkville region, the lighting of the Christmas tree and ice-skating parties at Nathan Phillips Square and the annual Toronto Christmas Market at the Historic Distillery District.

Anyone who thinks sport isn’t a massive deal in Toronto is so wrong; sport is a religion in Toronto! If you don’t know who the Leafs, Raptors and Blue Jays are then you will struggle to make friends in Toronto!

Compared to Australian sports, the Canadian sports are very different, so I really had to study up on, hockey, basketball and baseball when I moved to Toronto. Granted, I still don’t know all of the rules but I find if I just wear my jersey and follow the crowd, it works!

Expectation: Once you leave downtown Toronto there is nothing to do.

This is so incorrect and honestly one of the things that annoys me most about people who live in cities! So many people strictly stick to the downtown core when there is so much beyond that to explore! This is definitely the situation in Toronto.

Within a thirty minute to two-hour radius of Toronto there is an abundance of cool activities and outdoor adventures that make for the perfect spontaneous road trip.

My favorite spots to explore near Toronto are:

⁃ Niagara Falls – Located just two hours from Toronto, Niagara is an absolute classic and a must on all Toronto Itineraries.

⁃ Hamilton – Hamilton is known as the waterfall location of Ontario. It is a great day trip location from Toronto as it is only forty minutes away. My favorite time to visit Hamilton is during the winter months as the waterfalls often totally freeze, which is absolutely stunning to witness!

⁃ Various Conservation Areas – There are so many conservation areas near Toronto. They are very popular in the summer and you are able to do lots of outdoor activities such as kayaking, paddle boarding and camping. If you wish to go camping be sure to book in advance as spots fill up fast.

⁃ Blue Mountain – Blue Mountain is a Ski Mountain located two hours from Toronto. In winter this mountain is a hive of activity both in the mountain village and on the slopes. If you’re not a skier or snow boarder (like my clumsy self) there is still so much to do such as snow shoeing, hiking, tobogganing or even going to the thermal spa’s!

⁃ Ontario’s Cottage Country – Cottage country is what us Aussies would simply call having a holiday house. Every weekend throughout summer families flock to their cottages to spend the weekend on the water and relaxing in the sun. If you aren’t lucky enough to own a cottage, you can rent them out or bribe your friend to let you visit them at theirs (that’s what I did!).

Life in Toronto is SO unique. The entire city is full of hundreds of different cultural neighborhoods; each more vibrant than the next. If you are looking for something to do in Toronto, you could easily explore a new geographical area every weekend. My favorite neighborhoods are Chinatown, Kensington Market and Little Italy.

Toronto also has an extremely vibrant art community that is showcased throughout the city. Almost every Toronto street is lined with vibrant street art that is unique to each neighborhood. This government led initiative began back in 2012 in the hopes of making Toronto streets more inviting and a place that people wanted to be in.

I often spend my weekends wondering the streets looking for street art; It’s amazing the cultural journey you can go on when doing so.

So, how wrong were your life in Toronto expectations? I’ll admit, mine were way off! In saying that, I am so glad that I moved to Toronto and allowed myself to see this beautiful cities true colours! I love The6ix!

Chelsea is an Aussie Expat who has been living in Toronto, Canada since 2017. Her motto in life is to go against the mould that society has set for her and live a life of travel and adventure. Her aim while living in Toronto is to see as much of North America as possible and to never look back and wonder what could have been. Check out her blog here.