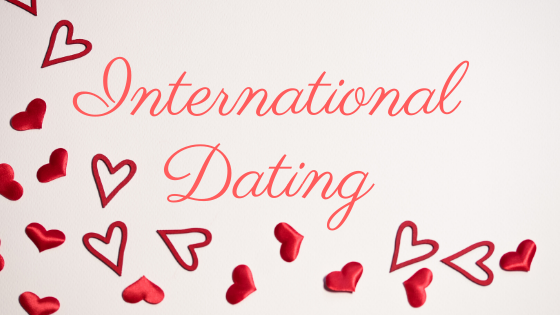 For this Valentine’s Day I wanted to post on something that has been sitting in my draft folder for a while. My International Dates, dating experience in Montreal. It isn’t really travel related in the sense that I am exploring new things, but it is travel culture related.

Because Montreal is an international city, there are many different cultures and languages, which makes international dating interesting. Sometimes language barriers cause major problems and sometimes none in relationships. Even if you speak the same language – you might have grown up in a different community so your background/culture is different.

My dating advice is, though my friends would consider me a texter, I much prefer speaking in person than via text. So much is lost or miscommunicated. You don’t get tone and body language. And with international dates, in person connection is very important. I don’t want to chat with the guy several weeks just to find out in person we don’t have a connection.

With this, I like texting the person a day or two and then plan something….as it happens this leads to a date a day….after my dating experience in January, I promised myself that I would just do one date a day…

Yes, I was doing multiple international dates in a day. Many people ask me how I can sustain that. However, it isn’t like I was dating the same 25 guys the whole month. Out of 25, I maybe had 6 second dates and out of those, 2 third dates and from there….well, back to the dating game.

I came across some really nice guys that we just don’t click and a few that were just weird.

I was told that I should write about it and so here it is finally published.

Depending on the guy’s culture or international dates culture and his experience in Montreal, they will offer to pay for my drink or ask to split the bill. I don’t mind splitting especially if I have no interest in the guy, but it is always nice having someone pay for you. Especially since I only order black filtered coffee or a cheap beer on tap (the cheapest things on the menu).

I found Europeans are more likely to offer to pay for me than North Americans. However, a few French fellows were a bit scared at first:

“I’ve gone out with a few Quebecoise women, and they were very offended I paid. So I’m just asking.”

No lie. I totally am up for equality among genders/races/etc. But, I cannot imagine people being offended when someone offers to pay for them. I wouldn’t have believed it if it was one guy, but several men have told me this. Crazy!

The thing with Canada is that they will ask how many bills you want. Unlike America where they just give one and it is a hassle to split it. So, it is very easy to split bills in Montreal, which if it is decided to split, it saves the who pays the bill game. You know, reaches for wallet, no I got it, are you sure, yes, thanks.

Another awkward moment in mixed culture/language international dates is do I do the cheek kisses, handshake, or a good old hand wave from a distance. I usually let the other party start, indicating to me what they prefer. I am now comfortable with cheek kisses after my time in Spain and Argentina, so I going with what the other person is comfortable with is a safe bet for me.

However, French have to be difficult. The latino cultures I know, start with the right cheek and maybe it is one or two. Quebecois is a hand shake. French- French people can start on the left and it is always more than one, but it can be two, three, or even four!

There were a few mistakes with what cheek and almost kissing the person….awkward!

I have also come to find, guys who ask what I am looking for usually mean they want casual and just hook ups. About 9 out of 10. Granted my statistical data isn’t scientific proof and have faults, but this is just from my experience.

You might be wondering why I have so many first dates. Perhaps you are asking yourself what is wrong with me.

If you have read through my blog you will see I have traveled quite a bit….42 countries to be exact plus 2 major long distance cycling trips by a pretty young age and have been to many international dates. Most of my traveling has been the backpacking style as well and solo….its pretty intimidating and unfortunately, many are intimidated.

They might find me exotic at first, but then find I am perhaps too interesting (?). At least I have been told that. Or they find it a competition.

One guy asked me after I got back from the bathroom:

“Why are you here? Why did you decide to come on a date with me? Because you don’t seem impressed over anything I am saying. Usually girls are fall all over me.”

Yeah, he had a big ego. His claim to fame was being in the fire fighting program- but he was not a fire fighter. It still was interesting, but I don’t think it’s enough to fall out of my seat.

“Well, don’t mention your traveling so soon.” Said one colleague of mine.

I don’t. But it has been such a big part of my life that it is who I am and will naturally be brought up even with the simple question of why I moved to Montreal.

Here is a typical conversation on a first date:

“Oh, wow, you moved here? Why?” (There are other questions about the weather since winter in Montreal are brutal).

“New experience and to learn French.”

“Where did you live before?”

“My last home was Prague.”

“About a year and half.”

“Wow, long time. Where did you go? And then you came to Montreal?”

“Oh!….So you like biking? Me too, I bike to work every day in the summer.”

“Thats lovely! Im scared of the cars. Ive had too many close calls on my trips. I rather walk (haha).”

(They usually tell me how Montreal is safe with the bike lanes).

“So what were your trips?” (This question is phrased in different ways, but basically the same idea).

That was literally my international dates…

I was using many different dating apps and it was also cool to see different styles. As a whole, Montreal has a certain style that resembles Europe, but the original culture of the person definitely shows in profiles.

An easy example is that Boston or New England fellows tend to have a lot of group pictures as it shows they are social and have friends versus other cultures have solo pictures to say- this is me, not some other dude.

It is also interesting in Montreal as people speak several languages and often their profile is in those multiple languages. It might be confusing to know which language to pick to converse in. I know I have done a mix myself.

Luckily, I found a good one and have no plans on returning back to this life anytime soon.

I hope you found my observations and experiences interesting as much as I did!