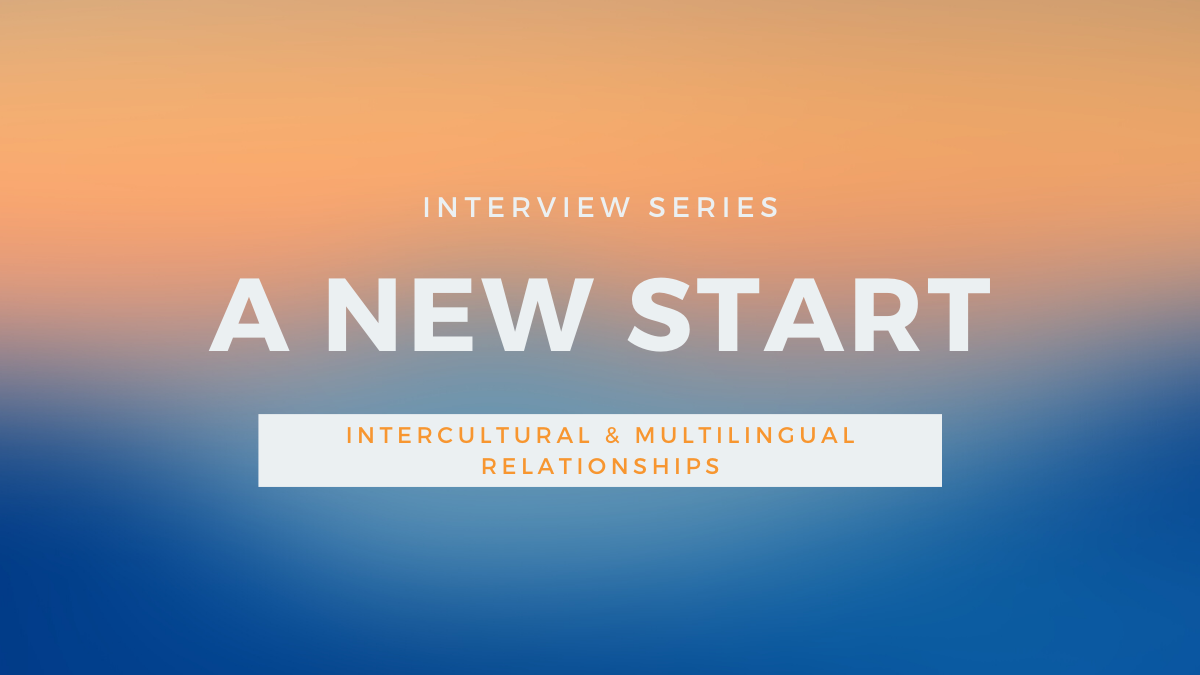 I am very interested in intercultural dating/relationship and dating between people with different native languages. I created a questionnaire and asked people to fill it out. Much to my surprise there wasn’t a lot of responses. There was a lot, but not what I was thinking. I was thinking it would be a lot more and suppose this means that this type of dating isn’t as common as I thought.

A New Start with an Intercultural Relationship

This next contributor wrote a lot about her intercultural relationship with her now, as of writing, fiancé. I decided to keep the question and answer format to maintain her wording.

We met at a beer garden in Prague. I was already living in Czech Republic (Josef’s country) for about one year by the time we met.

We met in Czech Republic, which is very different than Canada. The biggest cultural difference I can remember was on our first date he kissed me on the cheek when we met, which would be pretty uncommon in Canada. Not really a cultural thing, but I thought Josef spoke much better English than he did, and he pretended to understand me… so I thought he was pretty boring when we first met, because I couldn’t really joke around with him.

I am from Ontario, Canada. Josef is from Central Bohemia, Czech Republic.

Josef speaks Czech and English fluently, and German at a very low level.

We’re not having kids – but we do have dogs, and we only speak English to them.

Can you describe your intercultural relationship?

We’ve been together for almost 3 years, Josef’s English wasn’t great when we met, so I have had a huge influence on the way that he speaks and especially how he jokes around, which I think has connected us more. I am very reliant on Josef to handle anything for me that involves speaking Czech (even if I’m capable of doing it on my own), or even just dealing with cultural things in Czech Republic.

What intercultural differences have you seen?

I think one of the biggest differences is that although we’re the same age, we feel as though we have grown up in completely different times. Josef grew up in post communist Czech Republic, which obviously means he didn’t have access to the same things I did. We often joke that his childhood was much more similar to my parents, than it was to mine. He does a lot of things, like saving every empty jar and plastic container, that is clearly from growing up in a poorer country, but it drives me nuts.

I sometimes forget how differently we grew up, and have a hard time seeing things from his point of view. When we first started dating I would always tease Josef and use a lot of sarcasm, it took him a very long time to not only understand that teasing can be affectionate, but also to get used to it and learn how to use it. Josef has a more difficult time communicating verbally how he feels, which is pretty common for Czech people in my understanding. And on the other side of this, I have a difficult time with the amount of kissing that is expected when greeting his friends and family, as well as just PDA in general which is common in Europe. The least important cultural difference is the fact that Josef never gets any of my references to movies or shows, it’s like he hasn’t seen anything!

What have you done to work through those intercultural differences?

It has taken a long time, and a lot of talking… but now our main goal is to notice the cause of the issue and bring it up to the other as soon as an issue arises.

I originally moved to Czech Republic on a youth mobility visa, but I got my Italian passport right after we met which has allowed me to stay in the country long term.

We moved in together (officially) 3 months after we met.

We are getting married in Greece, and want to try to combine some cultural traditions from all three countries. Josef’s mom wants us to do every Czech tradition, so we will have to try to include some, but it will be a battle if we don’t agree to every single one. Our wedding ceremony will be in Greek and translated to English, which his mother is very offended by, but we have agreed to have our vows translated to Czech and give his family members a written copy.

Do you have any tips for those looking to date someone from a different culture/language (intercultural relationships)?

Obviously in all relations communication is key, but I think this applies even more so to relationships where things can get lost in translation. Make it clear to your partner that they should bring up any concerns or things that you do that may seem weird to them, check in as much as possible. One thing I wish we did earlier was talk about our favorite movies, songs, etc. and anything that the other didn’t know, you get to show them for the first time! This would have been such a great way to get to know each other and spend time together earlier on in our relationship.

I would not say that the cultural differences we run into are related to language at all. To me, language plays a way smaller role in our relationship than culture does, however that may be because we speak my language and live in his culture.

Be sure to connect with me on social or sign up for my monthly newsletter!