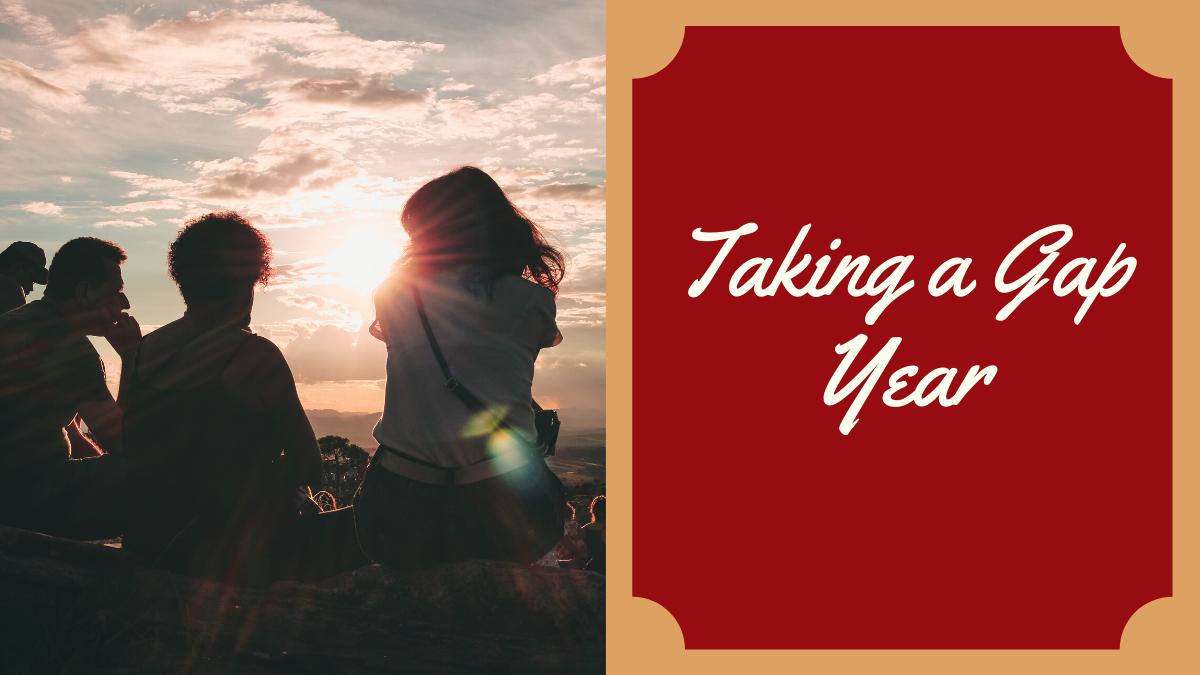 What is a Gap Year?

A gap year is when you take time away from “life.” For example, instead of going straight to university after graduating high school, I took a year off to travel. Or, instead of going to work at another company, take a year off to travel before finding the next office job. Gap Years don’t have to be travel related. They can be work related. Taking a year away from university in order to work an internship or earn money to pay for the degree.

My options were after high school was either to go to university or take a gap year. I wasn’t sure what I wanted. At first, I thought to travel was a great thing, but as I started receiving acceptance letters to universities and visited a few I got into, I was excited to go off and make new friends.

My father told me, “There is no wrong answer.”

Which is true, there is no wrong answer in a situation like this. Whatever decision I made, it would have just been a whole new path in my life. I just had to decide what path I wanted to go down.

I wrote out the pros and cons:

For me, there wasn’t a big argument. Take the gap year. The big reasons were that I can always go back to university as many do and that I didn’t know when I would have this opportunity again.

In terms of being behind, many of my friends and my father’s friends mentioned how I would graduate university a year after all my high school friends. Well, when it came down to it, some of them graduated a year after me or when I did. There is no “behind.”

Since then, I have had my travels on my resume and the fact that I speak Spanish. I have received several interviews and job offers due to that. I have been told it showed them I was open minded, mature, and willing to go outside my comfort zone.

No matter where you are in life, here are some reasons you should take a gap year:

Reasons for a Gap Year

If you are ever deciding to take a gap year or not, I truly hope you do! It was such a great experience for me that I ended up taking another gap year(s) after I graduated university. I definitely learned a lot again during this second time.

I am still not “behind.” In fact, I was able to get a few jobs along the way and start my own company.

Do not worry about being “behind” or not doing what everyone else is doing. Creating your own path is what makes you stand out and shine! Feel free to reach out to me with any questions you may have about taking a gap year!

What did I end up doing?

For my gap year, I ended up studying Spanish in Salamanca, Spain for three months, I explored Hawaii for a week with my family, then I headed off to South America (Peru and Argentina) for three months and then to Europe (France, Germany, and England) for another three months.

There are so many programs to help with this if you need a bit of assistance! There are Workaways, Au Pairs, and English Teaching! And don’t worry about traveling solo!

My time in Argentina allowed me to fall in love with this country and gave me a desire to return- which I did during a study abroad trip during university.

And, little did I know at the time, my time in France allowed me to connect with French citizens who now reside in Quebec province, Canada, which is the current place I call home and where I am now learning French.

That is the thing with paths, you never know where things will go. There is no wrong answer, just new journeys and new paths based on each decision you make. Check out my YouTube video on Unexpected Paths.