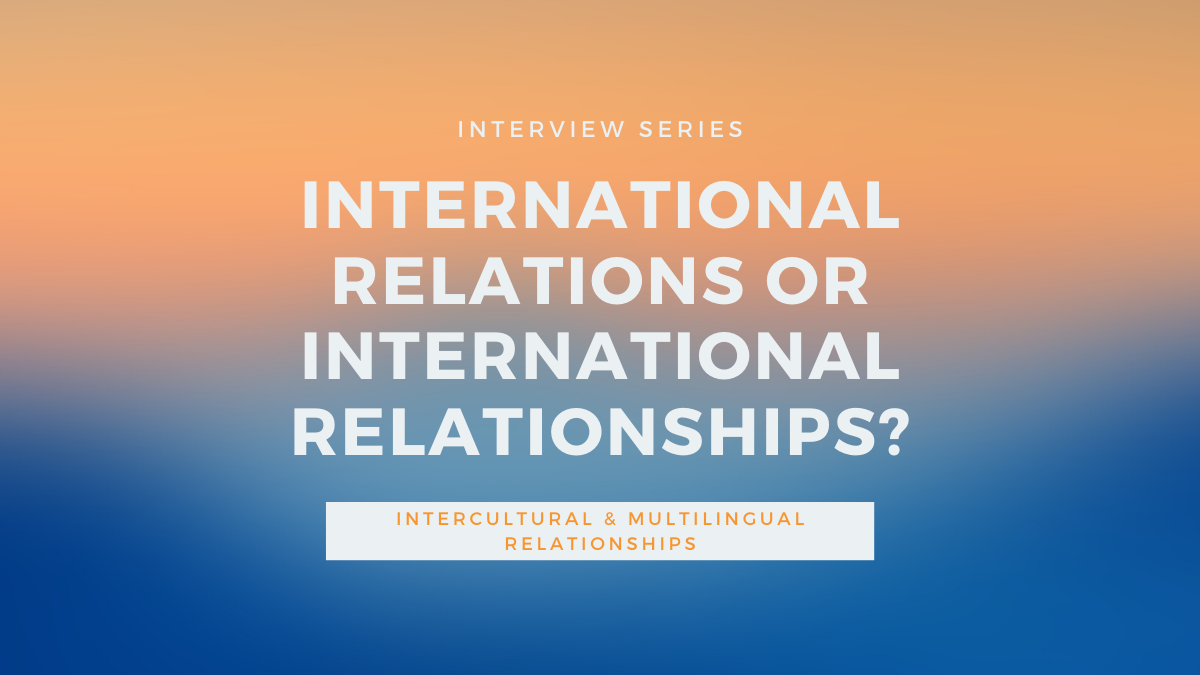 I am very interested in intercultural dating and dating between people with different native languages. I created a questionnaire and asked people to fill it out. Much to my surprise there wasn’t a lot of responses. There was a lot, but not what I was thinking. I was thinking it would be a lot more. I suppose this means that this type of dating isn’t as common as I thought.

This is dedicated to one individual who has traveled the world, loved a lot, knows multiple languages, teaches those languages, and started her own swimwear company! I hope you enjoy her story as much as I did while writing it!

This contributor has a lot of language and culture running around in her relationship. He is from Amsterdam, Netherlands while she is part Belgium and part Spanish. She spent a lot of years in Spain growing up and so speaks Dutch, Spanish, Swedish, French, and English fluently.

Though Belgium is bilingual with French and Dutch, she learned French while living in Paris.

In order to better tell her love story with her current partner, I need to give background information on her.

She currently lives in Sweden and in Spain. She has started her own swimwear line that is based in Spain, but has clients in Scandinavian countries so she spends have the month in Sweden and half the month in Spain. Upon asking how she got there she told me that she was on the beach in Spain trying to figure out what she wanted to do and messaged a guy from Australia that she had matched with from an online dating app. He told her to come visit him in Australia and so she did. She spent 4 months there, hanging out at the beach and when she got back to Spain she hung out at the beach even more.

This has set her on the path to where she is now, but throughout her life journey she was able to travel to a variety of places and met a variety of men. She agreed with me that traveling can be used to find yourself and what you want to do with your life, but at the same time it is a great learning tool to discover more about people, relationships, and sex.

She has had the opportunity to be with a wide variety of men from different cultures and languages and even has created a list of top 10 beautiful men and 10 top ten best sex partners. For both she says Swedes are the best. She also commented that even though Spanish and Italian guys were amazing in bed, Argentines (which are Spanish and Italian combined) lacked something. These are all her opinions, but still interesting to hear!

She used a lot of dating apps through her travels and through her personal dating adventures, but she met her current partner through Happn.

She found that English speaking nationalities are more easy going and quicker with chatting online than other cultures; however, with the app, she felt that Scandinavians were the most relaxed when chatting to someone online.

They met “on a romantic city trip in Stockholm,” she writes, but a normal date for her country/culture would just have been going for drinks at the local bar.

He speaks Dutch, English, and Spanish, which they rotate frequently. They also engage in some French words/phrases. Making conversations between them a linguistic experience!

In regards to having children, she writes that he will speak to them in Dutch and she will in English and Spanish.

Through her past relationships, she has learned a lot about what she wants in one and now finds exactly that with her partner. She writes that it is “nice and beautiful.”

They live now together and moved in after 7 months of dating. However, they had a brief period that they did long distance when he was still in Amsterdam and her in Stockholm.

In regards to tips for cultural and language differences, she writes: “Be open and kind and courteous, this counts for both people. Always be open to learn new things. Be be open to accept and embrace the other one’s culture as well. My ex boyfriends were from Sweden, Australia, Ireland and France and it was always interesting to hear and see how they have their traditions. For example the Irish is more quick when it came to sex for the first time, the Australian was as well, whilst the french and the swede were a lot more calm, it took many dates before we hopping into bed together. They do kiss quickly though.”

She states that she has noticed language and culture are tied and it is definitely true for French and Swedish speakers.

She also shares about intercultural and multilingual differences in non-romantic relationships. She had a colleague from the former nation of Yugoslavia and with her, it was difficult to talk about emotions. There was one situation that this colleague asked our contributor for help in regards to sex because she didn’t want to ask her friends from ex-Yugslavia. After their conversation, the colleague proceeded to act like the conversation never took place which was strange for our contributor.

However, she found others from Poland or the Baltics were more laid back and easy going. She does mention that it took a while to get to know her Latin American friends, but once they did they are now friends for life.

She encourages everyone to travel at least once. She agrees with me that there is no rush to jump into the working world. Take the time to discover who you are and what you want to do with your life. Maybe that time abroad will help you create your company like it did with her!

Her life of travel, relationships, and languages makes me things she is a one woman UN! And now creating a business to fuel the economy…truly in the globalization spirit!