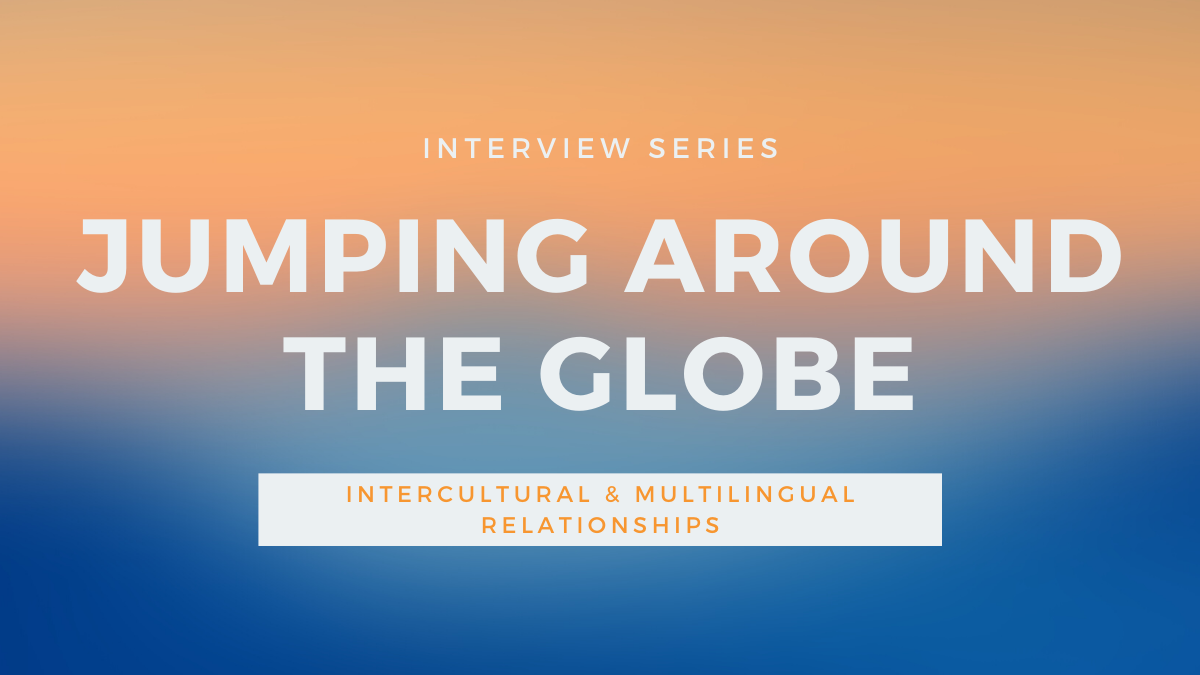 This next contributor wrote a lot about her intercultural dating experience with her now, as of writing, partner. I decided to keep the question and answer format to maintain her wording.

We met in Australia. He is from Germany and he left Germany when he was 18 to go and do a Working Holiday Visa in Australia for a year. I had also just finished graduating from my Fashion Apparel study in New Zealand and I decided to move to Australia directly after my graduation. I was working in a sales company which was door to door fundraising. My partner joined the company and he joined my team. That’s where we first met.

Yes. We met in a job scene which I feel has been very different to how I’ve met my past boyfriends. There were definitely different dating steps. My partner had never been in a relationship or never had any casual ‘dating’ experiences as I had. We both had different ideas of what dating looked like and how someone would become their gf/bf. My partner basically told me I was his gf, there was no asking involved haha. For me, I was waiting for him to ask me, but he had already told friends and family that I was his girlfriend and I was the last to find out haha (although, I did feel that way anyway).

Basti is from Berlin, Germany and I am from Gisborne, New Zealand

Basti’s native language is German and mine is English

Yup, I learned German when I first moved over to Germany in 2016. And he learned English when he was a kid through school, watching series in english and listening to english music.

I think we would be living in Australia and bringing our kids up there, so it would probably be that we’d be speaking German at home 24/7 as they would learn English in school and they’d be speaking it in their daily lives. I would also love to initiate a third language in there Te Reo Maori… but we’d have to think about how we could do that.

Can you describe your intercultural dating relationship?

Adventure – That’s the main word I would use to describe it. It really is. I feel like we have such an interesting story to tell from our relationship, it’s almost really crazy to even explain to others because it’s been all over the place, it’s been an adventure. We’ve had to go through so many things throughout the 5 and a half years we’ve been together.

From cultural differences – experiencing each others cultures, learning one each others languages (when Basti first came to NZ and was around my friends he couldn’t understand what we were saying due to our dialect). Experiencing Basti’s culture was also very different for me, I didn’t really agree with a few things just due to how I was brought up and some things at the beginning I found it quite hard to adjust or accept. As time has gone I have realized that I can only accept, choose to look at it in a more open way and therefore I’m able to relax a bit more around certain situations. Learning the language was a challenge too, but I overcame that quite quickly.

About 2 and a half years or 3 years into our relationship we actually ended up doing a long-distance relationship. Our relationship first started together in Australia on Nov 26th 2014, first met in Australia in a sales company. Basti was sent to work in my team who myself and another colleague were in charge of. We worked together for about 3 months before Basti had to leave to go to Sydney. When Basti left, I decided not long after right before New Years to leave as well. I quit my job for love. I wanted to follow my heart. We stayed in Sydney together, going through some really rough times and ending up in a lot of debt due to rookie mistakes we had made together with a few other friends. We ended up heading back to NZ 1. So that we could get back on our feet, get jobs, find cheap rent and save up until we can move again to a better situation. 2. So Basti can meet my family, friends and experience New Zealand. We worked and lived there for about 9 months before leaving for Germany. Basti had decided to study. I wanted to learn his language, meet his family and friends and experience Germany. We moved to Berlin, Germany on April the 12th 2016 and we are currently here. We first stayed in Berlin for a few months to settle ourselves and see what we wanted to do.

Basti had decided to study Engineering and business which would have taken around 3 and a half years and I had decided I wanted to work, learn the language and travel around Europe. After a few months, we moved to Koblenz because of a study that Basti wanted to do there. I was working as a Mechanical Cleaner for drink dispensing systems around Rheinland-Pfalz. That required me to speak German, travel from restaurants and bars in and around Rheinland-Pfalz and discuss certain problems concerning the business owners’ drink dispensing systems. After 1 and a half years of living in Germany, I decided that it was enough for me and I wanted to move on and do something more. Basically wanting to spread my wings a bit more and put me in a better position which would help me more here in Europe. It was clear that we had to do long-distance.

Living together came with problems but then so did long-distance. A whole different range of problems. We overcame them of course. I went to Australia, worked there for a year and saved up my money. My plan was to save up enough money I can use to then funnel into either a project or business of my own. Whilst living in Australia, every 3 months Basti would either come to Australia or I’d go to Germany. Having to utilize skype, face timing, and text chats, it was great to see each other every 3 months from our long-distance situation. After working a year in Australia and saving up enough money I was then able to quit my job. My partner had taken an overseas semester study in Bilbao, Spain which I then decided that I would go over and meet him there.

After quitting my job in Australia, I flew to NZ to then apply for a Working Holiday Visa for 1 year in Spain. That’s when the Spain adventures started. I moved to Bilbao with Basti. He had about 3 months to go living there until he had to move back to Germany to continue with his studies. For a year, I was moving back and forth from Spain to Germany, to Spain again. Til recently on the 25th of Jan 2020 was the end of our long-distance relationship. We were planning that after my partners Bachelor Thesis was handed in we would apply for a visa for Basti to live and work in Australia, whilst that was processing we would travel Europe. Basti has finished his Bachelor Thesis, we have now moved out of his student accommodation and now we are situated in Berlin till further notice as we cannot leave the country. So that’s our relationship in a small nutshell lol. There’s been lots of difficulties and lots of great moments throughout. The Adventure is yet to be updated.

What intercultural dating differences have you seen?

The way people interact from living in New Zealand to how they live in Germany. The humour is different, the language very different and the way they work is also different.

What have you done to work through those intercultural dating differences?

I integrated quite well at first, but it wasn’t easy. I have learned the language to understand the people more and communicate with them, I have worked in Germany to understand how they operate and I have surrounded myself with Germans and foreigners to see both sides of what it’s like to live in Germany as a German and as an Expat.

We both first moved together to Berlin to Basti’s parents house, then we moved to Koblenz together and now we are back in Berlin.

The Visa process for me with Germany and Spain has been fairly easy. Both countries I never had a problem to get a visa. The first time applying for a visa which was for Germany was a bit difficult to understand and I had to gather rather a few documents for that. For Spain it was also very similar.

Basically from the very beginning. I mean, we lived together for work as we had to travel all around Australia for 3 months. When we left the job we then moved in together in Sydney. So, from the beginning.

We are not married yet.

We are not in a long-distance relationship anymore. But when we did he was located in Germany and I was back and forth from being in Australia, New Zealand, and Spain.

You can learn more about her and her intercultural dating experience through her website and her Instagram.

Be sure to connect on social and sign up for my monthly newsletter!