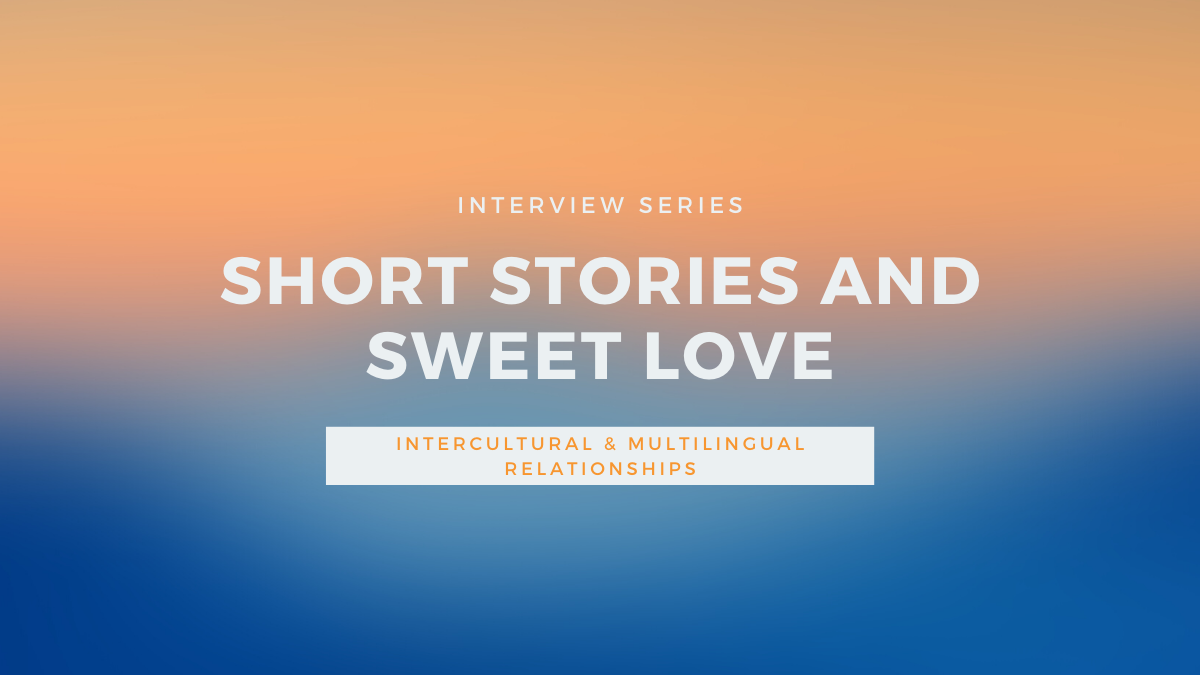 I am very interested in intercultural dating and dating between people with different native languages. So here is a series of short stories from a questionnaire I created and asked people to fill it out. Much to my surprise there wasn’t a lot of responses. There was a lot, but not what I was thinking. I was thinking it would be a lot more and suppose this means that this type of dating isn’t as common as I thought.

The following couples are both of the same country/North America and just speak English. There are a few French components, but otherwise they are similar.

Love at First Sight Even with Cultural Differences

This next contributor is an another amazing female entrepreneur! She has created her own Travel Agency and connected a great group of women together.

Through Hinge, a dating app, she met her boyfriend. She is originally from Florida and he is from Wisconsin, but both live in Florida.

Her native language is Creole and his is English. She also speaks some Spanish and gives some Spanish video tutorials. He is learning Creole and understands how important it is for her to teach her kids more than one language.

She writes that they are so in love. “I’ve never been happier. We both listen to each other. We know the other’s love language and try to make each other happy.”

Some cultural differences she mentions are: one cooking, he didn’t season much while she seasoned all the time and after eating, he would always use the dishwasher, but she never used it.

In regards to working through differences, she writes that they teach each other about their differences and discuss how they can work through them.

They moved in together after 2 weeks of dating.

She advises that people should come into the relationship with an open mind and doesn’t see any connection with language and culture.

You can follow along on both their adventures together through their blog. You can also listen to her podcast where she interviews me about travel here!

The Unusual is Usual in Cultural Differences

In our series of short stories of cultural differences our next contributor is the perfect example of our modern day couple. Like most of the couples I talk to for this interview series or in general, she met her fiance, at the time of writing, online via Tinder.

Both are originally from Ontario, they now live in Quebec, and she found that dating pool not very diverse so most of the guys displayed themselves the same.

Though they both grew up in bilingual Canada, they only speak English, which is true for many Canadians, but she hopes that if they still live in Quebec when they have kids that they hope their kids will speak French. She also wants to improve her French so she can help her kids when they have schoolwork.

Though they don’t have major cultural differences, she finds that her family is more close than his family and she believes she is helping him become closer with his relatives.

After three months of dating, they moved in together. They were going to wait six months, but after he took a three week vacation, they didn’t want to be apart. They then got engaged almost 3 years after dating.

She does mention she finds French Canadians very protective of their language and they see it as a way to preserve their culture.

A Traditional Love even with Cultural Differences

This next contributor is unlike my other two in this post involving cultural differences. She met her now husband at church and didn’t move in with him until they were married. There was always an expectation to meet her future husband at church and they had many shared friends and lived in close proximity. She says this probably made their relationship faster than “usual.” They got engaged after six months of dating and were married a year after dating.

Though she originates from Ohio, she is also a dual citizen with Canada, while he comes from Ontario. They met in Atlanta and after a little bit they moved to Quebec. She mentions that it was a bit of a transition for her because she had never lived in Canada before while it was easier for him because he only lived outside of Canada for a few years.

He also speaks French and English bilingually and she only speaks English. She did learn Spanish growing up and can speak that fluently, but wants to improve her French, but doubts even if she reaches a higher level that they would speak it at home.

She isn’t sure what will happen when they have kids and is guessing he will speak French to them and she may speak Spanish, but in general at home will be in English. If they still lives in Quebec, they would go to a French school.

Their Relationship through Cultural Differences

She describes their relationship as: “Our relationship is warm, intense, and challenging. We’re incredibly compatible in terms of values and lifestyle and are happy spending most of our time together. We’re both high-strung, motivated, and passionate, traits that can push each other onward toward our goals but also create conflict. Based on our shared faith, we’re committed to a lifelong pursuit of each other and God, come what may.”

In order to get through those differences: “The emphasis on financial management is something that is much more on my radar now because of my marriage. I’ve mostly adapted to my husband’s style, since I wasn’t great at saving and wanted some motivation to do better, but he’s also had to adjust to the fact that I will spend more disposable income than he would like.”

She mentions that cultural differences didn’t play much of a role in the wedding because of her father-in-law’s Judaism, but they just had the fathers read elements from their respective religious books during the ceremony.

Her tips for those looking to date some from a different culture/language are: “Unfamiliar practices that initially seem interesting and different may eventually feel annoying and frustrating after the cultural honeymoon phase rubs off. It’s important to recognize those feelings and identify your own cultural standard you’re measuring against. With time, you may incorporate practices that you find more valuable than what you’ve learned, and the other person may do the same. Pretending that differences aren’t significant is wishful thinking. Addressing them openly and honestly, and talking through areas of compromise, is the only way to successfully bridge cultural gaps.”

And also mentions when it comes to language and culture that “I haven’t even spoken another language well enough to really feel the effects, but I objectively believe that language and culture have a very symbiotic relationship. My husband insists that he’s funnier in French, as French humour tends to be more sarcastic.”

Which, my French relationship also agrees to this.

Ashley, she gave permission to use her name, is a writer freelancer and always is eager to help others bring their voice to paper. You can learn more about her on her website.

Be sure to connect with me on social media and or sign up for my monthly newsletter!