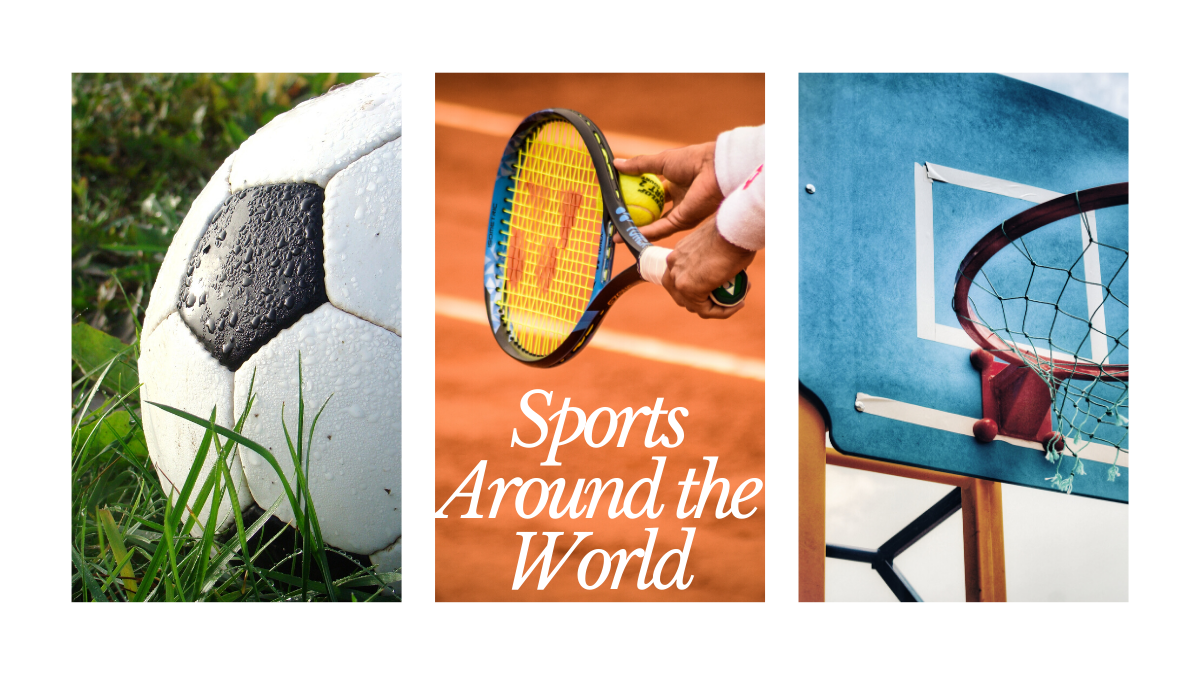 This guest piece was written by Eric Piccione who is an expert in sports and sports coaching.

He has played a few organized team events and has contributed this piece on sports around the world. I have edited this piece a bit and added some of my own notes (italicized), but the majority are his thoughts:

Sports have and always will be a great way to get the whole family together to get everyone excited about their favorite player or teams succeeding. We’re basing our statistics from worldwide fans. While each sport has its own interesting play style, we will highlight the top five most popular sports around the world.

Soccer, one of the world’s most popular sports around the world, if not THE most popular, was in incredible 3.5 billion players worldwide. Most if not all countries in the world participate in this sport. Some of the biggest sport teams include: Chelsea, FC Barcelona, Real Madrid, and La Boca Juniors from Buenos Aires. Like most sports, this is a male dominated arena; however, some females teams do kick butt.

Fun fact #1, did you know the Women’s soccer team in the USA is more popular than the male?

Fun fact #2, did you know Messi plays for Barcelona, but he is originally from Argentina.

Known to some as being such an intense back and forth battle of mind games, soccer, like many sports, comes down to who wants to win more.

It is most likely the most endurance sport out of all of these options simply because the only time there is a break is when the ball goes out of bounds, or when there is an injury.

Which, unfortunately, there are a lot of those. Some real and some not so real.

Soccer, or fútbol (not to be confused with American football, which I have written about, has some of the most passionate fans in the world. Involving 1 billion more fans than any other sport.

Soccer, unlike other sports, is a low scoring game. Some games can go the entire length without scoring, but when team score scores, it’s electric. Very rarely will a game consist of points more than 4 or 5 for one team.

And, because of this, soccer has won the hearts of millions of people around the world due to the intense build-up that goes into a goal. Though many love the sport for the sport, soccer, like American football, is known for its party atmosphere and community.

Amassing an amazing 2.3 billion fans worldwide coming mainly from India, UK, Pakistan, and Australia, Cricket is one of the most popular sports around the world.

How the game is played is similar to baseball in the sense of a bat, a ball, and bases. There are more to rules like any other sport, but to give you an idea of how it works: the pitcher throws the ball to the batter, the batter hits, and tries running between two sticks as often as he can before getting caught.

Games can last hours or even days. Some of the bigger competitions can last over 3 days.

Fun fact #3: the bat is more of a paddle looking thing. It is square rather than a baseball bat, which is more round.

Cricket has grown in popularity over the past 5 years and is continuing to rise. It will be fun to see where this sport goes in the next 10 years.

Involving over 2.3 billion fans mainly from the United States, Canada, and China, basketball is in third place for being one of the most popular sports around the world.

Like other team sports, Basketball requires a lot of teamwork; however, during the Olympics, the top players from around the country come together to represent their nation and work together in a cohesive unit, which offers high energy for viewers since the greatest players are all together.

Basketball is the highest scoring game out of all of these. So, if you are a viewers that wants a lot of energy, Basketball might be a great option.

As one of the most popular sports around the world, Field Hockey is right behind basketball with 2.2 billion fans worldwide. Being one of the world’s most popular sports is not surprising as most of its fans come from some of the most densely populated countries in the world. This is a sport that can be very physical but requires incredible concentration as the location of the ball can change in the blink of an eye.

Fun fact #4: Most field hockey games around with female teams rather than men, so this sport is more female dominated.

A way to view the way this game works is think regular ice hockey, but on a field. The ball is moved around via a stick that resembles an ice hockey stick and there are goals at either end of the field like hockey or soccer.

Tennis, mostly popular in the European countries, but has a huge reach in North America as well, has a fan base of just over 1 billion making it one of the most popular sports around the world.

The only sport out of this list that can be played with just one player on each side, has probably the most stamina required like soccer or basketball. Though players aren’t running around a field, since there is only one or two players tops on one team, they have to exert more energy to compensate.

In other sports, some of the teammates are doing all the work while the other players on the team are simply managing and making sure the other opposing team isn’t advancing.

The average tennis match can last up to 2.5 hours. And just like golf, game viewers remain silent during the match.

The breaks in between sets in tennis can be lengthy, but 2.5 hour match for one person can not only be a physical battle, but a mental one as well.

There are more rules to tennis of course. This sport also has both female and male players equally popular unlike the other sports.

Some other positions or sports that are just as mentally involved, are football field goal kickers, golf players, and cyclists.

Hopefully you guys and gals enjoyed this article, let us know what your favorite sport to play is!

And as always, stay amazing!

These are the most popular sports around the world, but obviously it is not a full list of all sports! I personally do long distance cycling, pole dancing, scuba diving, running, etc. The point of sports is to have fun, have a community, and to exercise. You don’t have to be involved in one of the most popular or a team sport for sure!

Did you know any of these were the top 5 most popular in the world? Let me know in the comments!